Nine of 10 worst Covid-hit districts are in Maharashtra 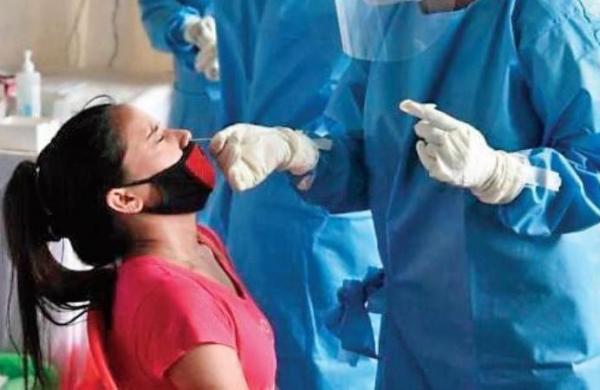 By Express News Service
NEW DELHI:  Flagging the Covid-19 situation in Maharashtra and Punjab, the Centre on Wednesday said the sharp surge in cases in the two states is the cause of “grave concern”.  The data shared by the Union Health Ministry showed that among the 10 districts with the highest number of active Covid-19 cases in the country, nine are from Maharashtra. Pune, with over 43,000 active cases is the worst-hit district in India as of now. The other districts with the highest active cases include Nagpur, Mumbai, Thane, Nashik, Aurangabad, Bengaluru Urban, Nanded, Jalgaon and Akola.

Overall, 47,262 fresh Covid-19 cases were reported in the country on Tuesday of which 61 per cent or nearly 27,000 were from Maharashtra. A total of 275 deaths were also reported in a day, the highest single-day causality registered this year.  At a press briefing, Union health secretary Rajesh Bhushan said Punjab was another state of grave concern as considering its low population compared to many other states, a very high number of cases are being reported by it.

On Tuesday, Punjab CM Amarinder Singh had revealed that about 81 per cent of samples in the states had been found positive for the UK variant of the virus. Bhushan said besides Maharashtra and Punjab, Gujarat and Madhya Pradesh are also seeing recent surges. Explaining the Centre’s decision on opening the vaccination drive to all above the age of 45 years from April 1, he said about 88 per cent of all Covid-19 deaths in the country are taking place among this age group. “The case fatality rate above 45 years is 2.85 per cent,” he said.

The age-based approach towards vaccination is recognised by the WHO as well, said V K Paul, member (health), Niti Aayog. “We have enough vaccines. We have a seamless connection with the states. We take stock of the situation every day,” he said.

Meanwhile, mentioning the detection of new Covid-19 virus variants in many parts, National Centre for Disease Control director S K Singh said 771 variants of concern have been identified in 18 states. However, no linkage has been established to say that the surge being witnessed is directly because of only mutations.