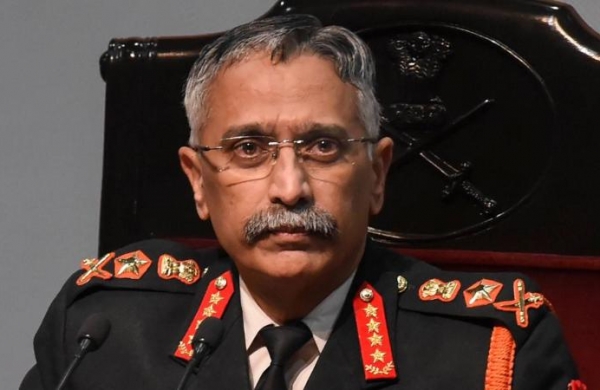 Express News Service
NEW DELHI: Indian Army Chief General MM Naravane has evinced hope that the ceasefire reiteration at the Line of Control with Pakistan will stay. The reason being no incident of ceasefire violation has happened since the joint announcement and also because it has the Pakistan Army’s support.

General Naravane said, “The whole month of March, we didn’t witness even a single round being fired on the LoCbarring one incident. It is for the first time in about five to six years that the LoC has been silent. This really bodes well for the future.” Chief was speaking at an event in Delhi.

There were talks between the DsGMO (Directors General Military Operation) of India and Pakistan and a joint statement was issued on 25 Feb, agreeing to resuscitate the ceasefire understanding of 2003.

While General Naravane said that post the resuscitation of ceasefire peace and tranquillity will be prevailing on the border and it will contribute to the peace and stability of the country.

Army Chief attributed the ceasefire as it was prompted by the futility of duels on the LoC which was not resulting in any forward movement. Enumerating the reasons which led to it, General said, “Financial Action Task Force sanctions, domestic compulsions and situation on their (Pakistan’s) Western border with Afghanistan.” are the three reasons for Pakistan’s move for peace:

But, the chief clarified that while peace has come to the borders, “However terror infrastructure and terrorists still remain in place and we will have to wait till the snow melts in order to see the seriousness with which Pakistanis treat this ceasefire.”

Demonstrating hope that the ceasefire will succeed General said, “We have reasons to be hopeful as the Pakistani Army is on board. Since the firing along the LoC was done to give cover to the terrorists attempting to infiltrate and there has been no firing recently, there is cause to be optimistic about the future.”

We need to wait and see how things develop before we make any concrete assessment, he added.

Talking about the Line of Actual Control Army Chief stressed the need to demarcate it at the earliest.

“Though troops from both sides have disengaged and gone back, the threat has not abated but not dissipated. Unless a substantial amount of de-escalation takes place and the troops that had come from multiple places and are currently within striking distance of the border go back, the threat remains.” Said General MM Naravane.