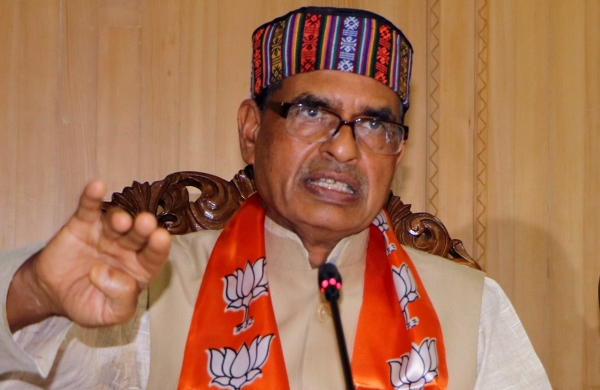 It was marked by the CM releasing thousands of crores to beneficiaries of different schemes. At a state-level program in Bhopal’s Minto Hall, he released the second installment of relief amount of Rs. 1530 crore, Rs 340 crore of the Mukhya Mantri Kisan Kalyan Yojana, and loan amount of Rs 60 crore into the accounts of rural street vendors with a single click.

The CM dedicated Shiksha Parisars at Pati, Niwali, Barwani and Sendhwa in Barwani district and Sondwa in Alirajpur, Shivpuri district, Bhainsdehi in Betul and Panwarkheda in Hoshangabad district. In the programme which began with kanya pujan and Madhya Pradesh song, a book on Shivraj Sarkar ke ‘Jan Seva ka Ek Saal’ was also released.

He said “while fulfilling Prime Minister Narendra Modi’s dream, work is being done to assist and uplift every section in Madhya Pradesh. Assistance of Rs 1,18,000 crore was directly deposited into the accounts of the people of the state under various schemes. During the difficult COVID-19 period, 129 lakh metric wheat of over Rs 25,000 crores was procured from farmers.”

“To make life easier and to give shape to the concept of good governance, the facility of providing Khasra-Khatauni, copy of map, income and the original residence certificate has been provided on mobile. More than 9,000 crores of land has been freed from the possession of land mafia. Jal Jeevan mission is working in the state to provide water through taps to every house. The work of changing the picture of Bundelkhand region has started with the Ken-Betwa Nadi Jodo Yojana.”

“Land worth Rs 10,000 crores has been freed from the mafia. More than Rs 900 crore has been recovered from chit fund companies. Such actions will continue,” he said.

The CM further said that this year the gross domestic product of the state will be more than Rs 10 lakh crores. All possible efforts are being made to raise the income of every person.

Working towards building an Atmanirbhar Madhya Pradesh, more than 1800 factories will be inaugurated next month simultaneously. To ensure good quality of education in the state, activities are going on for the development of well-equipped schools, tourism development, solar, wind energy and roads.