‘If there was power from one side, he showed silken touch at the other end’: Parthiv Patel lauds Kohli’s knock 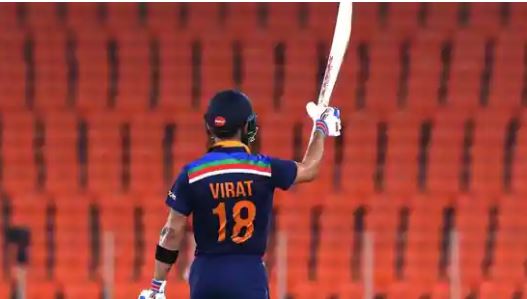 Former Indian wicketkeeper Parthiv Patel has heaped praise on Virat Kohli after India registered a clinical 36-run win in the fifth T20I against England on Saturday to clinch the series 3-2.

The Indian skipper made a massive change in the batting line-up as he came to open the innings alongside Rohit Sharma after Eoin Morgan won the toss and opted to bowl. Kohli top-scored with an unbeaten 80, helping India post a massive total of 224/2 in 20 overs. Later, he effectively handled his bowling resources as the visitors were restricted to 188/8.

While speaking on Star Sports Network, Parthiv hailed Kohli for his impressive leadership that led India to a terrific win in the series decider.

“No amount of praise is enough for Virat Kohli the batsman and captain. He did an amazing job as a captain today. He brought the main bowlers whenever wickets were required and changed the course of the game,” said Patel.