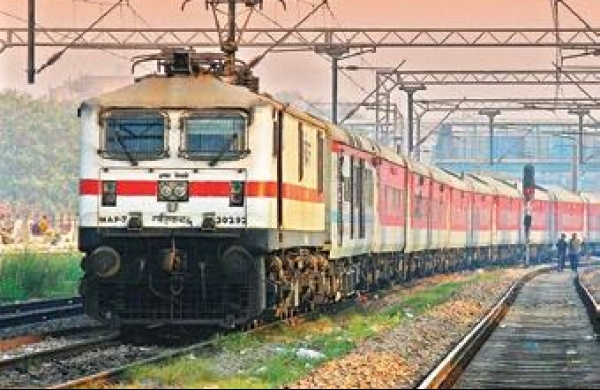 By PTI
NEW DELHI: Opposition parties on Wednesday warned that privatisation of various railway infrastructure and services would only benefit corporates and result in depletion of the PSU behemoth’s financial resources which would eventually make it sick like Air India and Indian Airlines.

They were also of the view that roping in private players would not help in improving quality of services for the common man and rather would result in fare hike.

Participating in the discussion on working of Indian Railways in Rajya Sabha, Congress leader Naranbhai J Rathwa claimed, “It (privatisation) was all out to benefit corporate houses at the expense of selling the Railway’s property.” He said there is no emphasis on developing railway infrastructure and the focus is on “privatisation”.

After Tejas Express, Niti Aayog has suggested running private trains and developing railway stations which was not fair, he said.

Rathwa, a former Minister of State for Railways, said it pained him that instead of augmenting this excellent mode of transportation, the government was hell bent to privatising it with so many jobs at stake.

“…As many as 3,000 posts are at stake at the South Eastern Zone while 11,000 posts are set to be abolished in 16 zones while talks are to give Jabalpur station on contract,” he said.

DMK leader P Wilson said, “Although, the railway minister claims that railways will not be privatised, when activities of railways are privatised, the income of railways will deplete, resulting in financial crisis for Indian Railways which eventually will become like Air India and Indian Airlines.”

Citing an example he said, “Catering services were privatised nearly two to three decades back yet there are complaints from passengers. So privatisation does not mean improvement in services or efficiency.”

He further said, “You are promoting few crony capitalists in India and entire material resources are left at the disposal including the railways. The centralisation of wealth in this nation and natural resources only with them (capitalists) is very dangerous and working against the citizens of this country.”

He also said privatisation of trains on some routes would result in undue burden on the common man in the form of increased ticket fares.

Vishambhar Prasad Nishad (SP) also opposed privatisation of railways saying one the one hand, youths are jobless and on the other, few capitalists would own railways.

Ram Nath Thakur (JDU) was of the view that the mandated facilities are not being provided to passengers having reserved tickets.

Manoj Jha said the government should resist the temptation to offer assets (public or railways) to capitalists through the monetization of these assets.

Jha also asked as to when would railways operations return to pre-COVID stage and all other services are restored.

Anil Desai (Shiv Sena) said by allowing private players to participate in the functioning of the Railways under the PPP mode, the government is moving towards privatisation of the public transporter.

He said that private players would use the infrastructure for their own benefit.

Desai also noted that there was no need for the bullet train from Mumbai-Ahmedabad and instead the government should focus on improving the existing railways infrastructure.

Rajmani Patel (Congress) said the government is purposely not making any effort to improve the financial health of the Railways and a case is being built for its privatisation.

Sanjay Singh (AAP) said the government is moving towards privatising railways and that it would lead to issues for the general public.

He appealed to the government not to leave the Railway employees at the mercy of the private sector.

Jharna Das Baidya (CPI-M) said the Northeast has not been given any new project in the Budget.

Countering the opposition’s charges, Dushyant Gautam (BJP) said Railways has worked for the benefit of the common people.

He noted that even during the coronavirus pandemic, Railways constantly worked for transporting people as well as essential commodities.

He said Railways has introduced various schemes even for the benefit of the women, blind and differently-abled people.

Sujeet Kumar (BJD) demanded that that freight traffic should be rationalised and optimised and connectivity to the Northeast and Jammu & Kashmir regions be improved.

As many as 4,100 Sharmik Special trains were run on mission mode, he said.