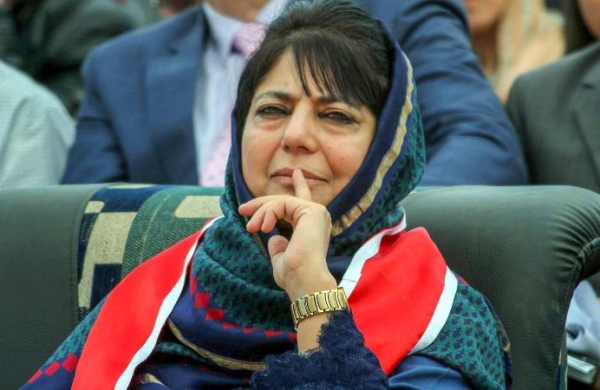 Express News Service
SRINAGAR: The former Jammu and Kashmir Chief Minister and PDP president Mehbooba Mufti has approached J&K High Court, seeking intervention in the issuance of her passport without any delay.

In her plea, Mehbooba informed the court that her passport was valid till May 31, 2019.

She has applied for issuance of the passport before the Regional Passport Officer (RPO) on December 11, 2020.

“The passport as per the instruction manual was expected to be dispatched within 30 days,” she said in her plea adding that the police verification was still pending.

“I submitted a representation to the concerned police officer urging police verification report be forwarded to the RPO so that there is no delay in issuance of the passport,” Mehbooba said.

The PDP chief in her plea also stated that despite representation, it appears from the record that ADGP CID for unknown reasons has not forwarded the police verification report to RPO yet.

She prayed that the court directs the concerned official for issuance of passport expeditiously, which is the fundamental right of the petitioner and guaranteed under Article 21 of the Constitution of India.

The 60-year-old politician was put under preventive custody on August 5, 2019, the day when central government revoked the special status of Jammu and Kashmir under Article 370 and bifurcated the erstwhile state into two union territories.

She was released in October last year after the Union Territory administration revoked the Public Safety Act charges against her, more than a year after she was detained.