Tom Holland credits Zendaya with helping him adjust to fame 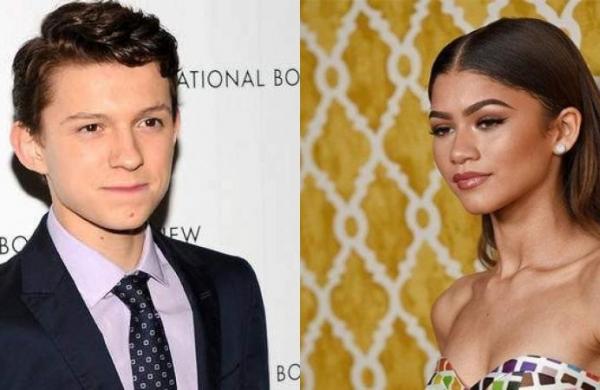 By ANI
WASHINGTON: Actor Tom Holland, widely known for playing the lead role in the ‘Spider-Man’ franchise, opened up about his struggle to adjust to fame and revealed how his co-star and actor Zendaya helped him adapt to the life in the spotlight.

As per People Magazine, in a new cover story for British GQ’s April issue, Holland opened up about training for his new Apple TV+ movie ‘Cherry’ as well as how he has adjusted to fame since becoming a household name after playing the lead role in ‘Spider-Man’ movies.

The actor said consulting Zendaya has helped him along the way. Holland said, “Talking to Zendaya’s helped me a lot, actually.”

“I used to come across sometimes as a bit of a d— to fans, mainly as I was always so surprised that they’d want a picture with me or signature or whatever. I’d have the typical Londoner reaction, one of instant suspicion: ‘Why are you talking to me?’,” the actor said.

“Zendaya spotted this and quickly told me that this sort of reaction was going to be more aggressive than just smiling and taking the picture. She totally changed the way I am able to be more comfortable in public,” he added.

Holland also spoke about the speculation surrounding his romantic life, particularly how it can be “frustrating” to have relationships play out in front of the world.

The 24-year-old actor added, “And it can be very complicated. It’s one of the things I worry about most, of all the things in my career.”

Holland and Zendaya have reunited for the upcoming film ‘Spider-Man: No Way Home’ and the star said it has been “fun” to be back on set.

“It’s so fun being back with them, especially as Zendaya and I are going through similar things in our career, having taken on more adult roles to now come back to Spider-Man,” he said.

Holland added, “I am so proud of what she has accomplished with Euphoria and also Malcolm & Marie. I think we both had to adjust again for No Way Home: I had to lift my voice up a couple of octaves higher and we both had to go back to playing these naive, charming teenagers again.”

He further said, “We were talking about it yesterday, in fact. We were filming a scene where we go back to school and, well, I haven’t been to school since I was 15. It was really strange.”

‘Cherry’ is now playing in select theatres, and will be available to stream on Apple TV+ on March 12.

Meanwhile, ‘Spider-Man: No Way Home’ is set to pick up after Peter Parker’s (Holland) identity was exposed in ‘Far From Home’. With film series mainstays Zendaya reprising her role as Michelle and Marisa Tomei returning as Aunt May, Benedict Cumberbatch is set to appear as Doctor Strange in the movie.

Jamie Foxx and Alfred Molina will also be stepping back into their roles from the past Spider-Man franchises as Electro and Doctor Octopus. Chris McKenna and Erik Sommers have written the script for the forthcoming Marvel film.

Filmmaker Jon Watts has helmed the upcoming movie after directing ‘Spider-Man Homecoming’ (2017) and ‘Spider-Man: Far From Home’ (2019), which earned more than USD 1.1 billion globally, making it the highest-grossing ‘Spider-Man’ movie of all time. (ANI)

Aishwarya Sonar on board ‘The Gray Man’