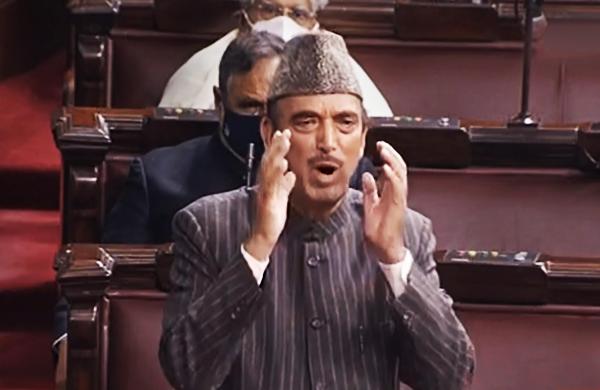 By ANI
JAMMU: The strength of Congress is that it ‘equally respect’ all religions, people and castes, said the party’s veteran leader Ghulam Nabi Azad, at a ‘Shanti Sammelan’ in Jammu on Saturday.

“Be it Jammu or Kashmir or Ladakh, we respect all religions, people and castes. We equally respect everyone, that is our strength and we will continue with this,” said Azad.

Most of these leaders are seen as party’s dissenters, also known as G-23 (or the group of 23 dissenting leaders, who had questioned the party’s functioning in a letter to interim president Sonia Gandhi).

Azad, while talking about the presence of senior party leaders in Jammu and Kashmir said, “These leaders are here because, in the last five-six years, all these friends did not speak any less than me in the Parliament over issues of Jammu and Kashmir, its unemployment, stripping off of statehood, finishing off industries and education, and implementation of GST.”

On the condition of anonymity, yesterday a senior leader of the Congress G-23 told ANI that the event in Jammu is a “show of party’s strength” and a message to Rahul Gandhi: “We will tell the country that from north to south, India is one.”

Last year in August, G-23 leaders through a letter to interim Congress President Sonia Gandhi expressed their discontent and urged the top leadership of Congress to bring immediate reforms, including organisational elections from the grass-roots to the Congress Working Committee (CWC) level.

Today, they are once again up in arms against the Gandhi family and their loyal close circle who are holding key positions in the party and the parliament.

Rahul Gandhi was heavily criticised by BJP leaders after he had said “For the first 15 years, I was an MP in the North. I got used to a different type of politics. For me, coming to Kerala was refreshing as suddenly I found that people are interested in issues and not just superficially but going into detail in issues.”