With the new technology of agriculture, farmers of Vananchal are increasing their income 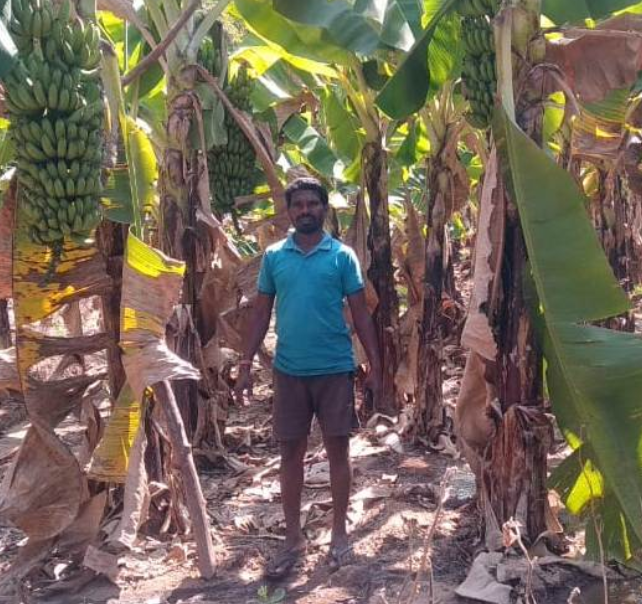 The new technology of agriculture in Chhattisgarh has shown a new path of prosperity to the farmers. The spirit scheme of the Agriculture Department has played an important role in showing this new path of prosperity to Bhima, a farmer of Urmapal in the remote district of Sukma district of the state. In Sukma, most of the paddy is cultivated by the farmers of Chhindgarh development block. But now the farmers of this region are increasing their income through crops other than paddy. The youth like Bhima Mandavi have not only taken a step towards prosperity by adopting modern agriculture, but are also becoming the inspiration and guide for the young farmers of the region.
Bhima Mandavi said that through district level training and development level training and educational excursion under Extension Reforms (Atman) scheme run by Agriculture Department, the officials of Agriculture Department were taught ways to get good yield from modern technology. Along with this, training was made to make profit by increasing crop productivity by using organic manure in the field. Bhima got technical knowledge about modern farming by taking part in development level training and then started using those techniques on his farm. Along with taking training in modern agriculture, they are also taking advantage of various schemes of governance. As a result, Bhima’s income almost doubled due to good yields in farming.
Bhima cultivates greens in his 2.5 acres of arable land for 4 years. He said that he crops brinjal, ladyfinger, tomato, barbatti, gourd, bitter gourd etc. every year. In the past, Bhima depended on rain for farming. With rain-based farming, they were able to produce a small amount of vegetables, which were only used at home. Despite hard work, he was not getting any benefit in income. In 2016, through the CREDA Department, the solar Sujala scheme was benefited which ended their dependence on rain and easily provided water to the crops needed in their fields. With this facility in irrigation, Bhima has started producing crops twice a year due to which he is getting more income.
He said that other farmers are moving towards this new technology due to the advanced technology of farming under the Atma Yojana and the agricultural work is improving a lot. Due to which all the farmers of village Urmapal are taking advantage of various schemes of Agriculture Department by adopting the changing conditions of agriculture.