Will fast unto death if farm laws not repealed: Bhagat Singh’s kin 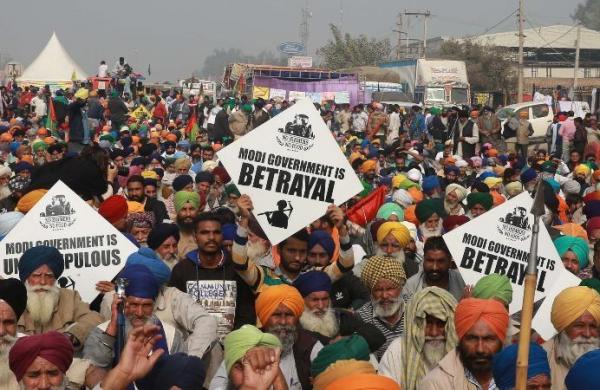 By Express News Service
CHANDIGARH: Freedom fighter Bhagat Singh’s nephew Abhay Sandhu announced to go on a fast unto death if the Centre does not accept the demands of the agitating farmers till March 23.

Sandhu and his kin reached Delhi’s Singhu border where the Samyukta Kisan Morcha revived a century-old Pagdi Sambhal Jatta’ movement in the ongoing protest against the three central farm laws.

The family members of the martyr were honoured with turbans and presented memento by the farm leaders.

March 23 was chosen for its historic overtone as it is observed as Shaheed Diwas to commemorate the martyrdom of Bhagat Singh, Rajguru and Sukhdev Highlighting the importance of the Pagdi Sambhal Lehar, the SKM leaders said a peasant movement had gained momentum forcing the British to take back three laws which were enacted in 1906.

The unity of the farmers affirms that this present movement will also be successful more than a century later, they asserted.