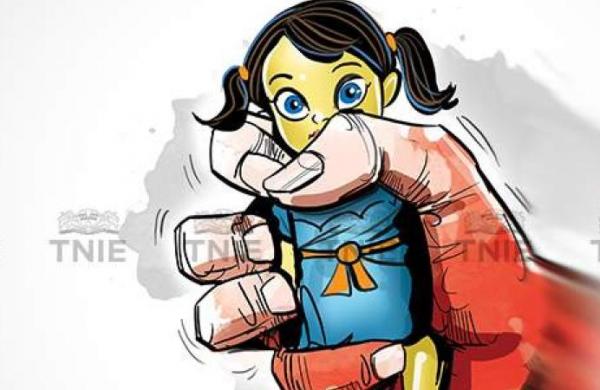 By Express News Service
LUCKNOW: A four-year-old girl was found dead in a cane field and her seven-year-old cousin sister was found unconscious and critically injured around 100 metres away, in Khijripur village under Kanth Police Station in Shahjahanpur district of UP. Hours earlier,  they had gone missing while going to a madarssa to attend classes, police said on Tuesday.

The injured girl was admitted to a local hospital, before being shifted to Bareilly for better treatment.

According to Shahjahanpur SP S Anand, the two girls had left home on Monday afternoon. When they did not return till late evening, families and villagers started looking for them and informed the police.

“The younger girl was declared dead at a hospital. The other is admitted to intensive care unit at Bareilly Medical College. Her condition is stated to be stable.”

The body of the deceased was sent for post-mortem. The report is awaited. Police officials said after the injured girl regains consciousness, things would be clear. Before that, information is being gathered from the local residents.