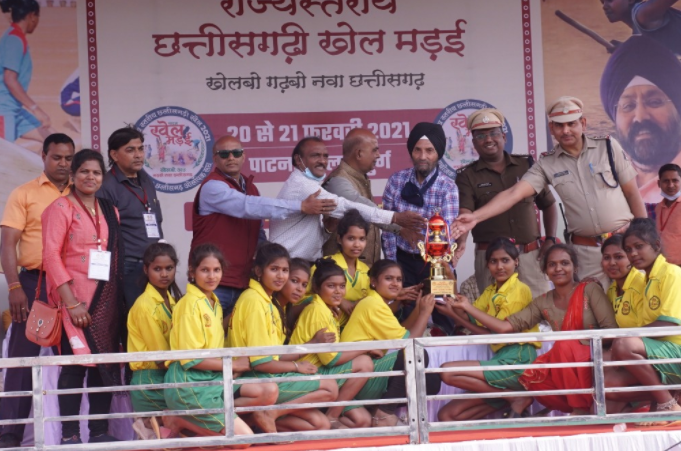 Under the aegis of Department of Sports and Youth Welfare, the award was distributed among the winning sportspersons on the closing occasion of the state-level Chhattisgarhi Sports Madi organized by Patan Olympic Association in Patan. Among the winners, the prize distribution was done by the General Secretary of Chhattisgarh Olympic Association, Mr. Gurcharan Singh Hora and Vice President Mr. GS Bombra. Shri Gurcharan Singh Hora said that the cooperation of all the local departments, especially the sports officers of the government college, has been found in making these games successful. On this occasion, Dr. Atul Shukla, President of Raipur District Olympic Association, along with Sports Officer, Block Education Officer, Chag Tennis Association were present. Patan Khel Mandi was organized on 20 and 21 February.