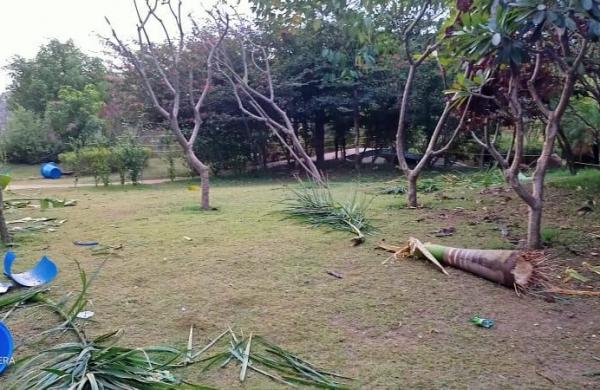 Express News Service
RAIPUR: In a scary incident, a herd of wild elephants raided a park located in the biodiversity area near Gangrel dam in Dhamtari district, which is among the top-rated tourism destinations in Chhattisgarh.

With the marauding pachyderms still believed to be roaming in and around Gangrel, the Dhamtari collector Jaiprakash Maurya has placed an order imposing an immediate ban on all events and activities related to tourism in the region.

“The visitors who are inside the tourist resorts or motels are advised to remain inside for security reasons. A high alert has been sounded in the area and the adjoining gram panchayats to secure the safety of the people,” the order further stated.

As many as 19 wild elephants have been found to be roaming in the region for the past couple of weeks and the herd ventured close to the Gangrel tourist destination on Friday night. They later vandalised the park entering into it and also damaged the recreational facilities meant for the tourists, a senior forest officer said.

Though the wild elephants have been driven away, there is still apprehension that they may foray again into the area.

There was however no report of any injury sustained by anyone, the officer added.