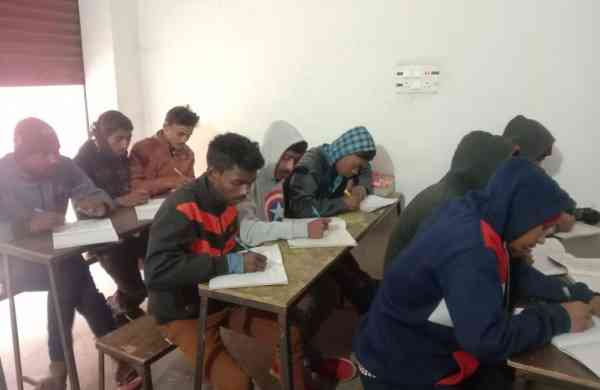 Express News Service
PATNA: Eighteen-year-old Ashish Kumar would have never imagined that he will get a chance to write the matriculation exams that started on Wednesday in Bihar. Survivor of child labour and trafficking Ashish was rescued in 2016 from a bangle factory in Jaipur.

Coming from a financially weaker background, traffickers lured his parents into selling him and trafficked Ashish from Gaya to the owner of a Jaipur-based bangle factory.

Recalling his dark past in the dingy factory of Jaipur, Ashish tells The New Indian Express that how he survived on just two slices of bread and some vegetables and was forced to work for 17 long hours.

The police rescued him from a small and dingy room when one of the child labourers Rahul Kumar managed to escape and narrate his ordeal.

“I tried to leave the factory but I was not allowed. Even for small and petty mistakes, I was beaten mercilessly and abused by the owner,” Ashish said. He recuperated from the trauma for some months and continued schooling as a regular student after he returned to Gaya.

Ashish’s health deteriorated and lost his weight because of exposure to dust and other chemicals in the factory. The Jaipur Police swung into action and rescued five children including Ashish. The rescued kids were sent to a Child Care Home after medical checkups. They were later sent back to Gaya where they were taken care by Centre Direct, an institute working against child-trafficking in Gaya as a part of the India Leadership Forum against Trafficking.

Ashish wept inconsolably on meeting his parents and other family members. He expressed his desire to study and was able to get the support from Centre DIRECT.

“I want to become a teacher. I regularly attend RL High School in Sherghati and will appear in the matriculation examination,” he said.

The executive director of Centre DIRECT Suresh Kumar said that he has been counselling child-trafficking survivors for the last two years and has initiated direct outreach programmes to contact police whenever he gets information on such incidents.

Learning from his experiences, Ashish is now so active against child trafficking that he has formed the ‘Vijeta child trafficking collective’ with 100 such survivors and labourers. “He not only counsels the survivors but also helps them overcome trauma which they have suffered during the period of their captivity,” Suresh said, further adding that as a teacher, Ashish will provide education to children of underprivileged and marginalised communities and make them aware of issues such as child-trafficking.

Ashish’s passion for education and his activities against trafficking and child labour has become a matter of appreciation in the town. Upon being informed about Ashish going to appear in the matriculation examination also, Gaya DM congratulated the Centre DIRECT for supporting him.