In 1860, Mungeli was given the status of Tehsil, the sages gave the name of White Ganga but now Setanga. 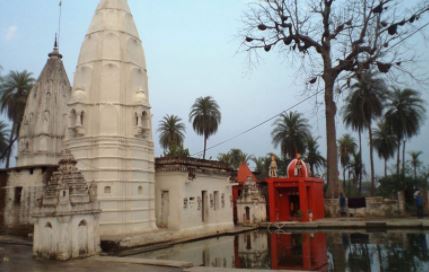 Mungeli, one of the largest tehsils of the 142-year-old state, was made a district. Mungeli got the status of Tehsil in 1860. In this way 142 years Mungeli became a district from Tehsil. The new district consists of three tehsils Mungeli, Patharia and Lormi. The total area of ​​the district is 1 lakh 63 thousand 942 square kilometers. There are many religious and tourist places in Mungeli district. Where every year a big fair is also held. It was told that in the dream of Phaninagwanshi Raja, Tripathgamani Ganga had given instructions to establish a pool and a temple by going in front of it. He considered the instructions to give the kund and temple in Setganga a grand appearance. The water of the tank was as cold and pure as the Ganges. Hence the sages gave it the name of White Ganga. Which became a setanga in conversation. Situated on the banks of Tesua, this place is called the shrine of Mungeli district.

There are many religious places in Mungeli district like Madku Island, Motimpur, Hathnikala Temple, Satyanarayana Temple. Lormi Tehsil is also in this district. This tehsil also has the famous Achanakmar sanctuary, which was declared a tiger reserve in 2009. Khudia Dam is also a famous scenic spot in the district. Which is surrounded by hills on all three sides. Being built on the Maniyari river, it is also known as Maniyari reservoir. Madku Island has a very ancient Shiva temple dating back to the 10th-12th centuries. The place has become as an island due to the split of the Shivnath river stream. Its distance from Mungeli is only 45 km.