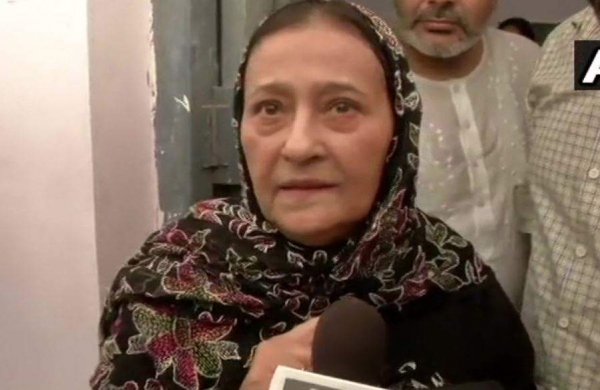 By PTI
NEW DLH: The Supreme Court on Friday dismissed an appeal of Uttar Pradesh government against the Allahabad High Court order granting bail to the wife and son of senior Samajwadi Party leader and Lok Sabha MP Mohammad Azam Khan, in a case pertaining to fraudulent allotment of the government land.

A bench of Chief Justice SA Bobde and Justices AS Bopanna and V Ramasubramanian told Solicitor General Tushar Mehta, appearing for the State government, “It is a good order. What is wrong with it? In this case the judgement is correct. We are dismissing the Special Leave Petition.”

The High Court on October 13 last year had granted bail to Azam Khan’s wife, Tazeen Fatma, an Uttar Pradesh assembly member from Rampur and their son Abdullah Azam Khan, a former MLA. Mehta said that there are several cases lodged against his father (Azam Khan)for land grabbing and other offences.

The bench said that maybe his father (Azam Khan) has done some wrongs but his son (Abdullah Khan) cannot be blamed for it. Mehta added that they (son and wife) are beneficiaries. “We have said that the judgement is good. Nothing else. The SLP is dismissed,” the bench said.

The Solicitor General then urged the court that the observation made in the order should not affect the trial against the accused. The High Court had said that the trial court shall expeditiously conclude the trial of the case against them, possibly within a year.

The two were booked by the Uttar Pradesh police for the allegedly fraudulent allotment of a plot of land for Hotel Quality Bar in 2014. The plot was allotted to the mother-son duo after their bid of Rs 1,200 rent per month was found to be the highest.

Tazeen Fatma had argued in the high court that she took the property on rent in a bonafide belief that it belonged to the Zila Sahkari Vikas Sangh, Rampur and was not aware that it actually belonged to the district administration.

She had contended that they were falsely implicated in this case due to political rivalry.

State government has contended that Azam Khan, who was then a minister in the Uttar Pradesh government, had misused the official machinery to create forged documents for extending undue gains to his wife and son, who had colluded with him.