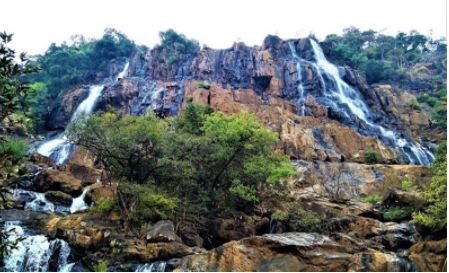 Chhattisgarh is the district and departmental headquarters in central Narayanpur in the state. It is one of the two new districts created on 11 May 2007. It was built from Bastar district. Narayanpur city is the administrative headquarters of this district. There are 366 villages in this district. The area of ​​Narayanpur district is 20.98 km². The district is surrounded by Bijapur district of Kondagaon, Antargarh, Chhattisgarh. District Narayanpur has a population of 1,40,206, with male and female 70,189 and 58,379 respectively in Census 2011. More than 70% of the total population is tribal people, such as Gond tribe, Maria, Muria, Dhruv, Bhatra, Hala tribe etc. Narayanpur district is divided into two sections, namely Narayanpur, Orcha and two tehsils. The land of tribals and natural resources is also rich in natural beauty and pleasant atmosphere. It is surrounded by dense forest, hilly mountains, rivers, waterfalls, natural caves. Art and culture here are valuable ancient qualities of Bastaria.