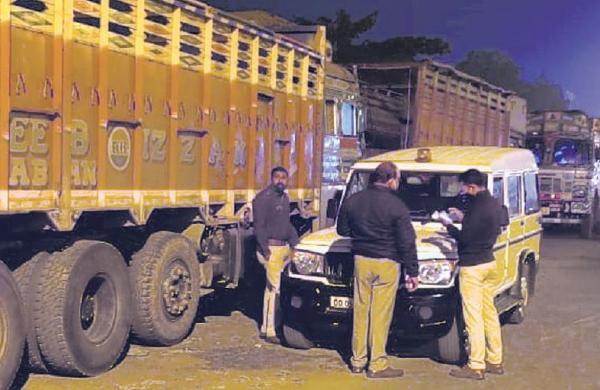 By PTI
BADAUN (UP): A truck-load of government ration was seized from the warehouse of a Samajwadi Party leader in Alapur area here following a joint raid by a team of the revenue and food and civil supply departments, an official said on Thursday.

The administration had received inputs about foodgrains meant to be distributed under the public distribution system being diverted to the black market, District Supply Officer Raman Pratap Singh said.

The raid was carried out on Wednesday following a directive from District Magistrate Kumar Prashant and we seized 550 sacks of rice, Singh added.

Fahimuddin, the SP leader, failed to provide a convincing answer when asked about the presence of government ration in his warehouse, he said, adding that the same amount of foodgrains were found missing from a neighbouring ration shop.

An FIR would be lodged against the ration shop owner and SP leader, he said.

According to Yadav, he had no information about government ration being recovered from Fahimuddin’s warehouse and said that he was waiting to get an “authentic report” on the matter.