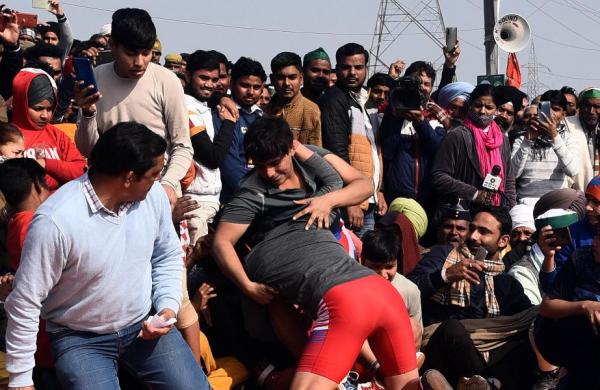 By Express News Service
NEW DELHI: The Centre’s affidavit in the apex court claiming that it held consultations before bringing in the three farm laws is an attempt to prevaricate, distort, misrepresent and mislead the court and the nation, the Congress said.

Citing the reply of RTI query filed by activist Anjali Bhardwaj, the Congress said the Agriculture ministry responded that it does not have any record of any pre-legislative consultations related to the contentious farm laws. Congress spokesperson Abhishek Singhvi said the government’s affidavit is at variance to the RTI reply.

“The government, in its affidavit, said it is being filed for the purpose of dispelling the erroneous notion that the protesters have peddled that the Central government and Parliament never had any consultative process or examination of issues by any Committee before passing of the laws in question,” he said.

Singhvi  added that the government quotes circulating the Draft Model Acts in 2003 and 2017 to the States among other things as consultative process but the content of such model laws was also different from the current three enactments. “It is clear that there are serious attempts at distortion, misrepresentation and misleading of the nation, the honourable court and all stakeholders….”