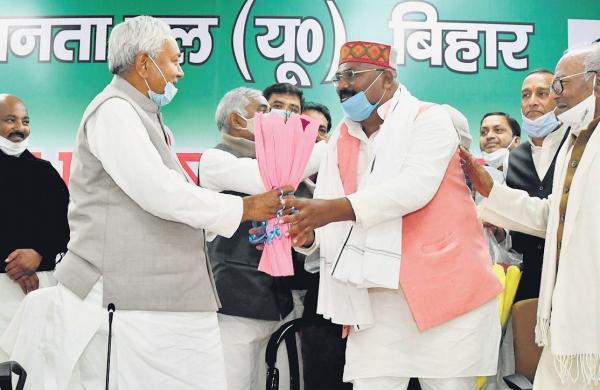 Kushwaha’s, a former MLA, elevation marks Nitish’s return to the Luv-Kush equation, which he devised in the 1990s to neutralise Lalu Yadav’s Muslim-Yadav (MY) formula. Nitish proposed Kushwaha’s name on the second day of JDU State

Executive meeting on Sunday when Vashistha Narayan Singh stepped down over health reasons. Kushwaha is consider close to JD(U) national president RCP Singh, and said to have a stronghold in the Kushwaha community.

Party MP from Munger Rajiv Ranjan Singh told media that the appointment of Kushwaha was approved by Nitish in a move to encourage youth leaders. Dismissing the opposition speculation, Singh said: “Those fanning rumours of NDA’s disintegration must know that JD(U) is strongly with the NDA.”

The speculations of JD(U) walking out of NDA were fanned by Nitish’s comments that he could not differentiate between friends and enemies during the recently-concluded Bihar election.

“While our seats have come down, our vote share has increased,” Singh said, adding that the party is committed to working on Nitish Kumar’s Seven-Resolves (Part-II) on development with justice.