The first rain could not withstand the road, the embankment was damaged 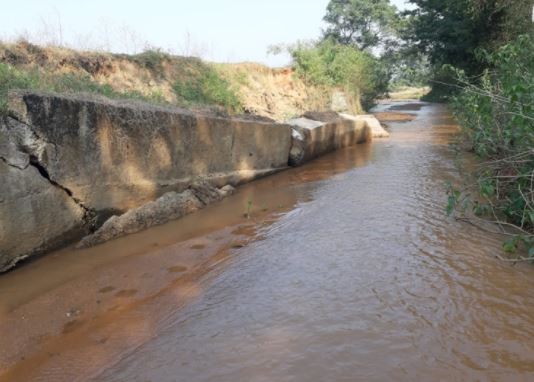 The Pradhan Mantri Gram Sadak Yojana in Sitapur, Ambikapur is in bad shape. Here, a two and a half kilometer long road from National Highway Bamalaya to Raikera Tokopara collapsed. The embankment built along the drainage to prevent soil erosion collapsed during road construction. The first rain exposed the entire construction. Due to soil erosion due to damaged embankment, the road has become narrower, increasing the chances of accident. At the same time, the condition of the road is very shabby, it has become very difficult to walk on it.

The villagers have been held responsible for this plight of the road, with the demand of investigation, the villagers have demanded the damaged embankment and the road be repaired. Under the Pradhan Mantri Gramin Sadak Yojana, a two and a half kilometer paved road was constructed from National Highway Bamalaya to Raikera Tokopara at a cost of one crore 34 lakh 51 thousand.