In Rajim, it is not only the rivers but also the ideology – CM Bhupesh Baghel 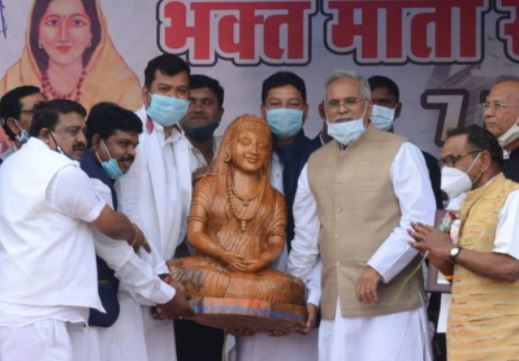 A new consciousness has started with the commencement of the Rajim Festival. Rajim is not only a religious place but a confluence of three rivers and north south. Rajim should be seen not only as a city but as a cultural heritage of the state. Here not only the rivers but also the confluence of ideologies take place. This was said by Chief Minister Bhupesh Baghel, who was included as the chief guest at the Rajim Bhaktin Mata Jayanti function held at the fair ground of Rajim.

Chief Minister Bhupesh Baghel said that the Sahu society has made an effort to give a new height to the society, for which the society deserves congratulations. On this occasion, he made 3 big announcements, including giving 5 acres of land for research institute and service work in the name of Rajim Mata in Naya Raipur, giving 50 lakh rupees to the Sahu Samaj for constructing a grand Dharamshala at Rajim Mela venue and Community Health Center Announced Fingeshwar in the name of Rajim Mata.

Bhupesh Baghel said that as per the announcement made last year, 54 acres of land has been selected, and rapid development will be done here. Here permanent facility will be developed for the residence of the saints and officials, for the living arrangements of the officers, pavilions, fair, meena market etc. He said that the state is promoting Chhattisgarhi culture, and considering it as the center, it is doing development work.