2021: The Year of the Mask, raging inequality, Neeraj Chopra and Fahadh Faasil 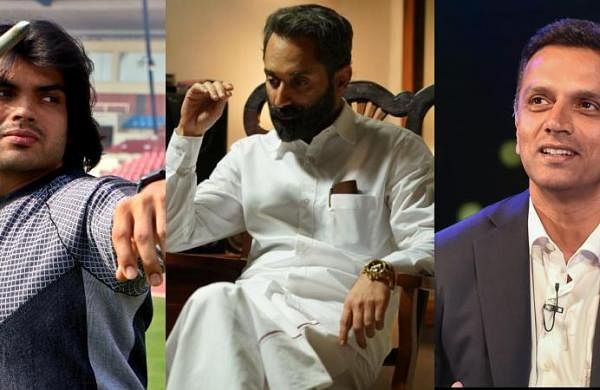 The Year of the Mask, it again was.

The rich became richer and inequality became starker amidst the pandemic. 2750 billionaires now own more than half the wealth on the planet. Worrisome? You decide.

A brutal Covid delta wave left India gasping like never before. Officially, we have lost almost a half a million lives to the dreaded disease. A semblance of normality returned towards the latter half of the year with the vaccinate India mission proceeding at a fast clip. At the end of 2021 when Vax was crowned the word of the year by the Oxford dictionary, India had over 60% of its population double jabbed. We are now heading into boosters territory and better prepared hopefully, though Omicron looms in the wings.

The year will also be remembered as the one in which Prime Minister Narendra Modi decided to yield to the protesting farmers who held firm in their demands during the raging pandemic – unflinching and unbowed. Was it the elections in UP that led to the government repealing the three farm laws as most experts stated? “We couldn’t convince a section of farmers despite our best efforts,” the PM admitted in his concession speech.

Lawyer-activist Sudha Bharadwaj, an accused in the highly controversial Elgar Parishad case, went on to be finally released on ‘defaul bail’ in December after over three years in prison. Reason: The Mumbai High Court held that she could only have been detained for 90 days without a chargeheet being filed! A case of the wheels of justice grinding slowly in her case at least.

The bail applications of eight other fellow activists detained along with her were only rejected as they had not filed for ‘default bail’. One of these activists Rona Wilson was among those whose phones a forensic analysis by Amnesty International revealed was infected with the “total-access” Pegasus spyware. The Pegasus revelations raised several disturbing questions on possible state surveillance and is now subject to a Supreme Court ordered inquiry.

Around the middle of 2021, we lost our tragedy king, that great actor all of India looked up to – Dilip Kumar. Mohammed Yusuf Khan was 98 when he breathed his last on July 7, 2021. “Given my temperament, when I have either been dubbed a tragedian or a comedian, I have always felt that they are talking about someone else. Because I think I’m a bit of everything – mujh mein sab ka thoda thoda sa hai,” Dilip saab once told the Filmfare magazine. Indeed!

Nedumudi Venu was another complete actor who departed from our midst in the year that was. Even PM Modi took to twitter to condole the death of the one-of-a-kind artiste. “Shri Nedumudi Venu was a versatile actor, who could fill life into diverse roles across many genres. He was also a prolific writer and was passionate about theatre. His passing away is a loss to the world of films and culture. Condolences to his family and admirers. Om Shanti,” he tweeted.

Puneeth Rajkumar’s turned out to be a death that shocked everyone. The much-loved, gracious and fitness-exercise conscious ‘Power Star’ was only 46 when he died of a sudden cardiac arrest on October 29.

A bigger golden moment was soon to follow. On August 7, 2021, Neeraj Chopra, all of 23, did what the great Milkha Singh and PT Usha could not, becoming the first Indian to win a gold medal in track and field. Chopra would go on to dedicate the medal to Milkha Singh, who passed away on June 18, noting that he was only fulfilling the late legend’s wish.

2021 was also when Kane Williamson further underlined that good guys can be winners. He and his New Zealand team won the World Championship. The heartbreak that Indian fans endured after losing the final was somewhat lessened by the fact that the sporting Kiwis were the victors.

It was the year too when the original Kane Williamson – Rahul Dravid – made a return to Team India as the coach. We know he is no Indira Nagar ka goonda, but Mr Nice Guy’s firmly competitive streak and his technical mastery should be to Team India’s advantage as they look to scale greater heights in the years to come.

The other notable sporting moments came from Novak Djokovic, who joined Roger Federer and Rafael Nadal at Mount 20 Tennis Slams, Max Verstappen, who pipped seven-time world champion Lewis Hamilton to the Formula 1 title on the last lap of the season, and Lionel Messi, who won the Ballon D’Or for the seventh time.

As for entertainment, there was no dearth of it amidst the pandemic. OTT platforms continued to gain in prominence and more of India began to discover the depth of the talent in Southern cinema.

Fahadh Faasil’s incandescent brilliance lit up many homes. He was the Malik of the year as far as actors were concerned.

Tovino Thomas went on to become the ultimate desi superhero for many others towards the fag end of the year.

Scoring on behalf of the over-40 actors was Suriya Sivakumar with his star turns in Soorarai Pottru and Jai Bhim.

And then there were the songs.

The composer of the year — and this was the pick of Avinash Ramachandran from our movies team while reviewing Tamil songs — was Santhosh Narayanan. Four films and compositions that spanned almost the entire spectrum. We could not agree more!