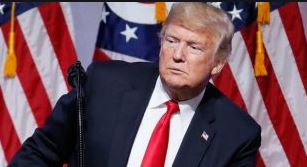 Strongly opposing the intervention of the Chinese government in the process of choosing the Dalai Lama in Tibet, the US has passed a new law in support of religious freedom. China has rejected this new US law on Tibet. The Chinese Foreign Ministry issued a statement on Monday, saying that it has strictly rejected the new US law on Tibet. The law was signed by President Donald Trump over the weekend. Chao Lijang, deputy director of the information department of the Chinese Foreign Ministry, in a regular media briefing on Monday refused to accept it, expressing strong displeasure over the new US law on Tibet, and said that issues related to Tibet were China’s domestic affairs.

US President Donald Trump signed the Tibetan Policy and Support Act of 2020 and finalized this America’s Tibet related policies. Under this, America’s commitment to support Tibetans in exile and the Tibetan government has been reiterated. By this law, America will prohibit China from choosing its own Dalai Lama. Tibet has thanked the President of America for making this law.

In February this year, the House of Representatives Tests unanimously passed the bill to strengthen Tibet-related policies. The representatives of the Himalayan Buddhist region have considered it a step towards encouraging and empowering Tibet.