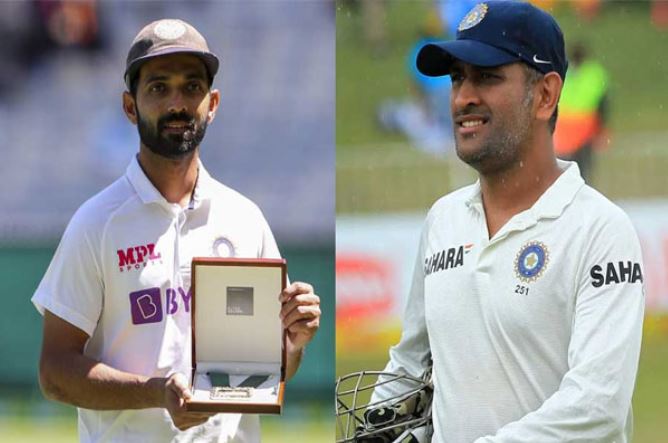 Ajinkya Rahane has matched former captain Mahendra Singh Dhoni by winning the first three Tests continuously under his captaincy. After Virat Kohli returned home due to the birth of his first child in January, Rahane has captained India for the remaining three Tests of the series against Australia and won India by eight wickets in the second Boxing Day Test in Melbourne. . With this victory, India have equalized 1–1 in the four-Test series.

Rahane thus became the second Indian captain to win the first three Tests under his captaincy. Earlier, this achievement was achieved by Mahendra Singh Dhoni. Rahane had earlier defeated Australia in Dharamsala by eight wickets in 2016-17 and Afghanistan by an innings and 262 runs in Bengaluru. The Indian captain scored a century in the first innings in this match, for which he became the man of the match. This was Rahane’s 12th Test century. The interesting fact is that India have not lost a match in Rahane’s 12 centuries. In these 12 centuries in Rahane, India have won nine matches and played three draws. Rahane has also won India in the three centuries he has scored in ODIs.