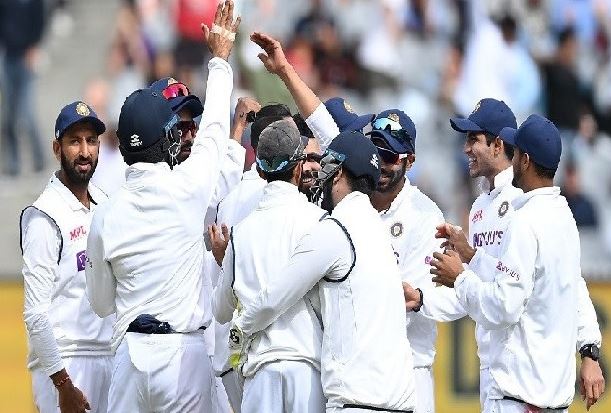 Team India under stand-in skipper Ajinkya Rahane scripted a majestic comeback in the Test series against Australia as they won the second Test at the Melbourne Cricket Ground by eight wickets on Tuesday.

Chasing 70 for a win, it was only poetic justice that Rahane hit the winning run of Nathan Lyon as the series stands 1-1 with two Tests remaining. The win not only brings India right back in the series, but also a step closer to the final of the World Test Championship. While no word is enough to describe the heroics of skipper Rahane, one man who deserves special praise is opener Shubman Gill. Brought into the team after first-choice opener Prithvi Shaw failed in the opening game, Gill showed application in both essays and was unbeaten with skipper Rahane (27) when India crossed the line. His unbeaten 35 off 36 balls will stand India in good stead with Rohit set to start the third game.

Mayank Agarwal’s poor show continued as he once again failed to grab the opportunity and was dismissed for just 5 as India chased 70 for a win on the fourth afternoon. Cheteshwar Pujara also failed to rise to the occasion and was dismissed for just 3 by Cummins. But that is a worry the team management will look into ahead of the next game. For now, it is one inspired show by the Indian boys when critics in Australia had called it a 4-0 series win after the loss in Adelaide.