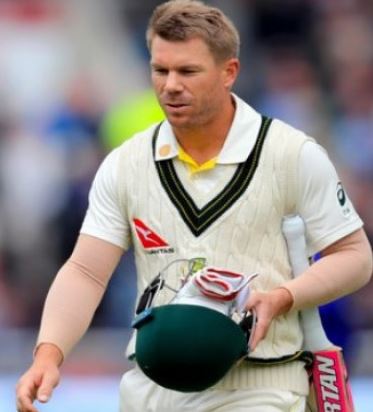 Australian left-handed opener David Warner is yet to recover from his injury, which makes him doubtful to play in the third Test of the ongoing four-Test series between India and Australia. Warner was actually injured while fielding in the second match of the three-match ODI series against India, after which he was ruled out of the third ODI and the three-match T20 series and did not fully recover from the injury. Both were out of the first Test matches. In the absence of Warner, the Australian team is facing trouble in the opening.

Australian coach Justin Langer shared information about Warner’s injury on Sunday, saying, “We saw Warner doing batting practice. Warner also batted in the MCG this afternoon and he is doing well in batting practice, but there is still problem in his muscles. We know how much the team will benefit from his presence. “In the absence of Warner, the Australian team has failed to form a major partnership in terms of openings, which the coaches are very disappointed with.

Coach Langer said, “We are unable to catch the match. If you look at the first Test and the first innings of this match, then we have failed to form a partnership. We have to improve a lot in this matter. “Langer said in an interview with Ricky Ponting,” No one can be more professional than Warner and he is doing everything he can to overcome the injury. He said that the Australian team is not able to score much in their innings, due to which the bowlers have to work harder.

He said, “Warner is running between the wickets and we hope that he will recover soon but only time will tell when he will be fine.” We still have a few days to go for the start of the third Test match. “The third Test match between India and Australia is to start in Sydney on January 7.