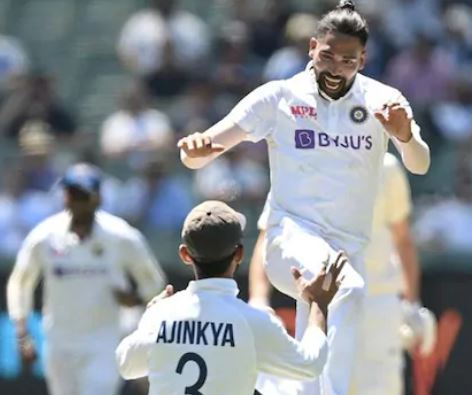 Mohammed Siraj, who made his debut on Saturday, picked up his first Test wicket as Marnus Labuschagne was caught at backward square-leg by another debutant Shubman Gill. Labuschagne was looking good for a big score but he failed to keep a flick shot on the ground and Gill pulled off a fine diving catch. Cricket Australia took to Twitter to post a video of Siraj’s maiden Test wicket. India managed to pick two wickets in the post-lunch session to reduce Australia to 136 for five.

In the second session, Jasprit Bumrah removed Travis Head for 38. India captain Ajinkya Rahane, stationed at gully, took a low catch to send him back to the pavilion.

Labuschagne and Cameron Green then tried to steady the innings but Siraj broke the partnership. Earlier in the day, Australia got off to a poor start after winning the toss and opting to bat at the Melbourne Cricket Ground.