PM Modi puts money in farmer accounts when polls are around: NCP 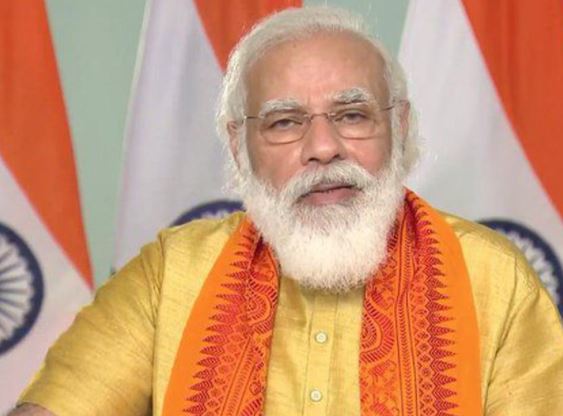 Ahead of Prime Minister Narendra Modi releasing the next instalment of funds for farmers under a central welfare scheme, the NCP on Thursday accused him of depositing money in peasants accounts when polls are around. Speaking to reporters here, Maharashtra minister and NCP spokesperson Nawab Malik said the BJP is not a party of farmers, but of those who loot agricultural produce”.

Countering him, the Maharashtra BJP said the Modi government has taken several steps in the interest of farmers and alleged it is the NCP which did not help cultivators when in power. The prime minister will release the next instalment of financial benefits under the Pradhan Mantri Kisan Samman Nidhi (PM-Kisan) on Friday via video-conferencing.

With the push of a button, Modi will enable the transfer of more than Rs 18,000 crore to over nine crore beneficiary farmer families. The PM will also interact with farmers from six states during the event, which comes in the backdrop of ongoing protests by peasants outside Delhi against the three agri- marketing laws enacted by the Modi government recently.
Prime Minister Narendra Modi is going to deposit Rs 6,000 in the accounts of farmers. Modi saheb has begun this business of depositing money in (farmers’) accounts when elections are around and senses troubles, Malik alleged.

Nearly half a dozen states, including West Bengal, Tamil Nadu and Assam, are slated to go to polls in the first half of 2021. Malik said only BJP workers will sit for interaction with the prime minister and charged the party with beginning a game of campaigning. The NCP leader alleged that the BJP has not been a party of farmers, but of those who loot agricultural produce
Maharashtra BJP chief spokesman Keshav Upadhye hit back at Malik and accused the Sharad Pawar-led party of not helping farmers hit by agrarian crisis when in power.