The film ‘Ayodhya Ki Katha’ will be shot in UP, Pahlaj Nihalani meets CM Yogi 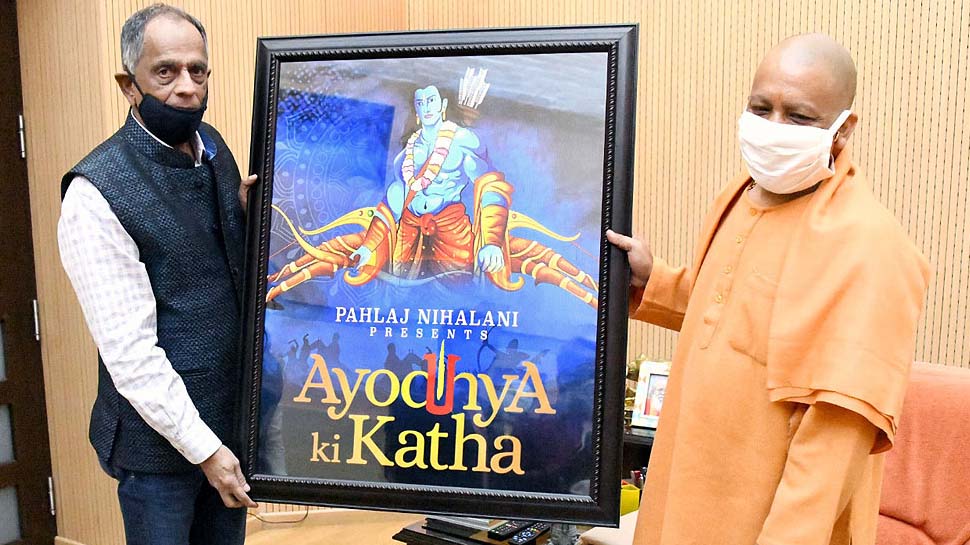 After the decision of Chief Minister Yogi Adityanath to make a film city in UP, Bollywood’s big producers and directors are keen on making films in UP. Earlier, no CM of UP had taken such initiative. I am extremely impressed by Yogi ji’s new thinking and new way. This was to say that the former chairman of the censor board and veteran filmmaker Pahlaj Nihalani, who made films like Aankhe, Andaz, Shola and Shabnam. He met Chief Minister Yogi Adityanath on Wednesday with noted dialogue writer Sanjay Masoom. During this, he discussed with the Chief Minister about the making of Film City and the story of the new film Ayodhya to be made on Ayodhya.

Nihalani said that the production of Film City in UP will give local artists a platform, opportunity and work. Also, tourism will get a boost. He told that due to its diversity and historical, culturally rich Uttar Pradesh is a very favorable place for shooting. Film makers get subsidy here. Shooting permission is also found very comfortably.

Pahlaj Nihalani told that Raja Ram resides in the hearts of all of us. The film ‘Ayodhya Ki Katha’, based on Prabhu Shriram, will have a glimpse of Ayodhya which will show the amazing scenes of Ramrajya with the untold stories of Ayodhya. The youth will get a chance to see the mythological stories of Maryada Purushottam Shri Ram on the big screen. He will be shooting for his new film ‘Anari Is Back’ from January 21, in and around Lucknow.