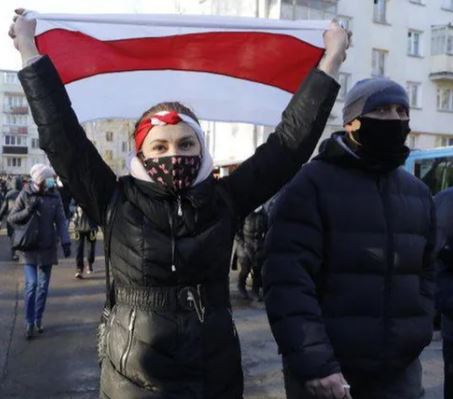 As many as 100 people have been detained for attending unauthorized anti-government demonstrations in the capital city of Belarus, Police Department of Minsk City Executive Committee said on December 20. Thousands of people, mostly on Sundays, coalesce together demanding the overthrow of ‘elected’ President Alexander Lukashenko, who has been ruling the country for the past 26 years. Demonstrations in Belarus have now entered their fourth month with pepper sprays and detentions becoming a regular sight.

The police said that the demonstrators were “repeatedly warned” about the inadmissibility of unlawful actions, but they continued to protest. They added that all the detained individuals were currently being investigated in line with the law. Lukashenko has been facing mass protests and numerous accusations since the results of the Presidential vote were first announced. The elections, which were held on August 9, saw a competition between Alexander Lukashenko, who was contesting for a sixth term and Svetlana Tikhanouskaya, who joined the race after her husband was jailed.