Paris City Hall Fined 90,000 Euros For Employing Too Many Women In Top Positions 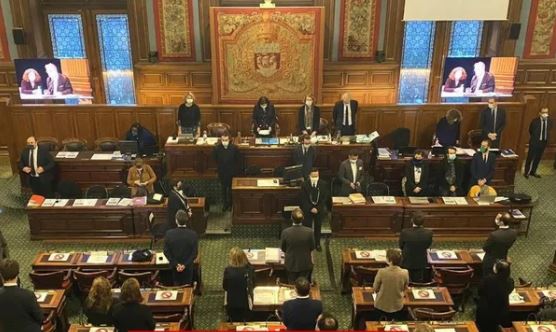 Paris city hall has recently been fined 90,000 euros for employing too many women in senior positions in 2018, which is a breach of law aimed at ensuring gender balance. The decision has been mocked as “absurd” by the mayor of Paris, Anne Hidalgo. While speaking at a meeting of the city council, she denounced the fine as “unfair, irresponsible and dangerous”.

Back in 2018, 11 women and 5 men, who represent just over 30 per cent, were appointed to top positions in the Paris city hall, leading the Civil Service Ministry to impose the fine. According to the 2013 law, one sex cannot account for more than 60 per cent of nominations to senior positions. The law, which is meant to ensure that women get better access to senior jobs in the civil service, requires a minimum of 40 per cent of appointments for each gender.

France’s public service ministry has now demanded 90,000 euros on the grounds that Paris city hall had broken national rules on gender parity in its 2018 staffing. According to AP, Hidalgo said, “Yes, we need to promote women with determination and vigor because everywhere, France is still lagging behind (on that issue)”. France’s Public Service Minister Amelie de Montchalin also took to Twitter to confirm that the fine had been levied for 2018. She also informed that the rule had since been repealed.