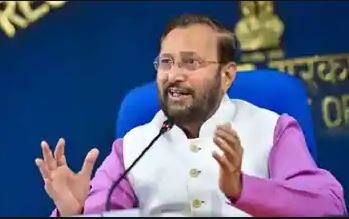 Speaking on the eve of the 5th year of Paris Climate agreement, Union Environment Minister Prakash Javadekar on Friday said that India is not responsible for climate change. Speaking further, the Union Minister said that Climate change isn’t an overnight phenomenon. “It has taken the last 100 years,” he added. Paris Climate Accord was adopted on December 12, 2015, by 196 parties. It became effective from November 4, 2016.

Stating that the USA has 25 per cent of all emissions, Europe has 22 per cent whereas China has 13 per cent and India only 3 per cent, Prakash Javadekar said that India is in no way responsible for climate change. While comparing the global emission of the United States and China with India, the Union minister said that at present, India is contributing only 6.8 per cent of global emissions and per capita emission is only 1.9 tonnes per capita.

Claiming that climate change is a result of historical actions, Javadekar said that India is not responsible for it. He asserted that the country has only 3 per cent of all historical emissions. While announcing that India has nearly achieved targets of its Nationally Determined Contributions (NDC). “Our Nationally Determined Contribution (NDC) will lead to less than 2-degree rise in temperature,” he said.

Video conference of CM Bhupesh, discussion with officials on measures to avoid Corona