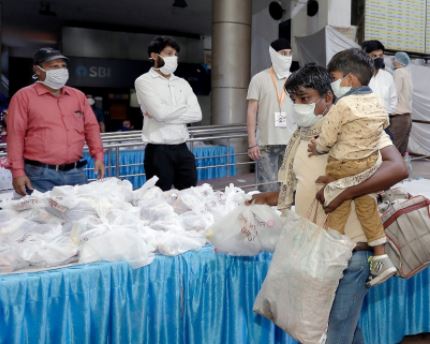 What did the workers who made themselves and the future of the country know by their own labor, that one day a disease like corona would suddenly lock the country and the buses, which reached the point where they were searching for their June 2 bread with the help of rail. After covering everything from there, there will be no rail or bus luck coming back to your home. In the lockdown, all the earned money that was in hand due to the work stopped will also be spent one by one. The lockout in the country suddenly put the workers in a big crisis. There were lines of worry on his face. She was helpless and helpless. He could not see any ray of hope from anywhere. The hope of the laborers returning home was almost exhausted, at a time when the initiative of Chief Minister Shri Bhupesh Baghel and Labor Minister Dr. Shivkumar Dahria gave rise to new hope among millions of laborers of Chhattisgarh stranded in other states. The Government of Chhattisgarh through the Labor Department not only undertook homecoming campaign for the trapped laborers in other states, but also made arrangements for their food and lodging. Also put money in the workers’ account. The workers are not only very happy when the state government gets the rail, bus and other support from the state government to rectify it and send it back home. Their trust has also increased towards the Chhattisgarh government.