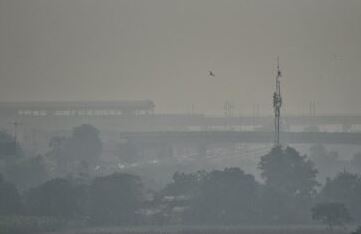 Delhi’s air quality remained in the ‘very poor’ category on Friday as a thick layer of smog spread across many parts of the city this morning, according to the System of Air Quality and Weather Forecasting and Research.

Under the influence of fresh western disturbance, isolated and improved ventilation conditions for scattered precipitation are expected on 11 and 12 December, and AQI will improve on the lower end of the ‘very poor’ category on 11 December. According to the System of Air Quality and Weather Forecasting and Research (SAFAR), there is a possibility of further improvement in the 12th ‘bad’ category in the event of adequate rainfall. The overall AQI of the national capital stands at 302 hrs around 9:00 am. Was, while some parts of the city reported an AQI between the ‘very poor’ and ‘severe’ category.

Last month, Delhi’s Environment Minister Gopal Rai urged the NITI Aayog for air quality management to make bio-decomposer technology mandatory for all states by increasing pollution levels in the national capital with an increase in burning sewage in neighboring states. be made. (ANI)