Redmi 9 Power sale will be on Amazon India, will be launched on December 17 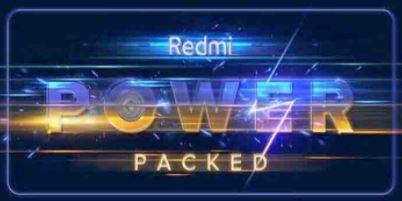 Redmi 9 Power is in the news for the last few days. A day before it has been confirmed that the company is going to launch this phone on December 17. Xiaomi India is calling it the first power phone of the Redmi brand. In some reports, this phone has been described as a rebranded version of Redmi Note 9 4G launched in China. According to the latest news related to the phone, its cell will be on Amazon India.

Redmi 9 Power’s microsite has also been made live on Amazon India. The company has also made available ‘Notify Me’ button for a buyer on this microsite. No information has yet come out about when the phone’s cell will start. However, it is expected that the company will give information about the first sale at the launch event on December 17 at 12 noon.

A render of Redmi 9 Power has been shared through 91 mobiles. In this, information about the camera setup of this phone has been given. According to the leak, four rear cameras have been given in this phone. This quad camera setup will be installed inside the rectangular module provided in the rear of the phone.

It has been confirmed on the event page of Xiaomi India, this is a power-packed smartphone. It is being told that the remaining specifications of the phone can remain with the Redmi Note 9 4G. It has a 6.53-inch full HD + IPS LCD display. The phone’s display can come with a water drop notch display.

Up to 128 GB internal memory can be found in the phone with 4 GB RAM. As a processor, Snapdragon 662 SoC chipset can be given in it. There will be four rear cameras in the phone for photography. It may have a 48-megapixel primary camera. To give power to the phone, it has a 6000mAh battery.