The spirit of nation first and national interest should be paramount in every decision: PM Modi 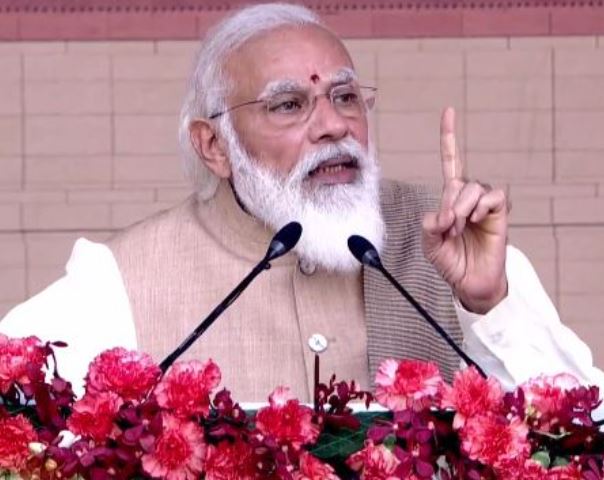 Prime Minister Narendra Modi today performed Bhumi Pujan of Parliament House and laid the foundation stone. The construction of the new four-storey parliament building is expected to be completed by the 75th anniversary of India’s independence.

In his address after the Bhoomi Poojan, PM Narendra Modi said that if the old Parliament House gave direction to India after independence, then the new building would become a witness to the creation of self-reliant India. Work was done to fulfill the needs of the country in the old Parliament House, the aspirations of 21st century India will be fulfilled in the new building.

PM Modi said that Guru Nanak Dev has said that dialogue should go on till the world remains. Saying something and listening to something is the life of dialogue. This is the soul of democracy, there can be differences in policy, there can be differences in politics, but we are for the service of the public and there should be no differences in this ultimate goal. Whether the debate is within the Parliament or outside, the resolution of the service of the nation should be constantly reflected in the devotion to the national interest.

He said that when the construction of the new Parliament House is starting today, we have to remember that it is the responsibility of all of us to awaken optimism towards the democracy which is the basis of the existence of Parliament House. We always have to remember that every representative who reaches the Parliament is accountable and this accountability is for the people as well as for the Constitution. Every decision of ours should be the spirit of the nation first and in every decision the national interest should be paramount. It is very important that we stand in one voice in one voice for the achievement of national resolutions.