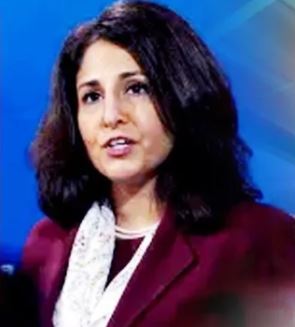 US President-elect Joe Biden appointed Indian-American Neera Tanden as his director of Office of Management and Budget (OMB) as a part of his economic team. Speaking at the introduction of members of Biden’s economic team, Neera Tanden spoke of her Indian roots while citing similarities between her mother and Vice-President-elect Kamala Harris’s mother Shyamala Gopalan. Sharing her story from being a middle-class kid from the suburbs of Boston living off social programs to being nominated to shape and ensure the security of the social programs, Neera Tanden said that it is because of the social programs that she is where is she.Speaking further Neera Tanden said that the US government is ‘meant to serve all American people alike including Republicans, Democrats, and Independents’.

She further added that all people know that the ‘government has their back’. Thanking her mother for her determination as well as the US government for ‘investing in humanity’, Tanden added that she is ‘beyond honoured’. Apart from Tanden, several other key members of Joe Biden’s economic team delivered a speech at the introduction event including Secretary of Treasury Janet Yellen,  Deputy Secretary of Treasury Wally Adeyemo, Chair of Council of Economic Advisers Cecilia Rouse along with Economic Advisers Council members Jared Bernstein and Heather Boushey.

Mawa Kondanar, Mera Kondagaon campaign started in the district, rejuvenation will be done in slum places