“Against teams that play with an average block or lower, (Real Madrid) do have certain difficulties” 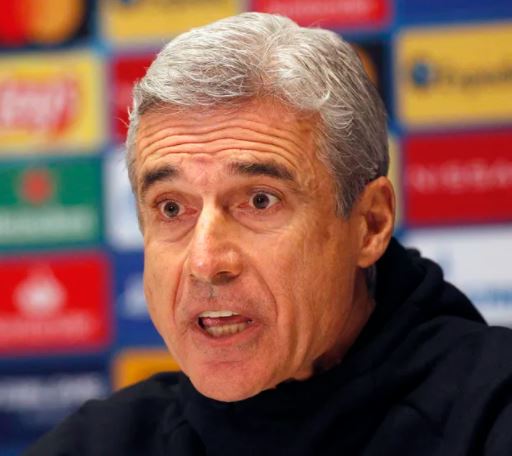 Shakhtar Donetsk manager Luis Castro spoke to the press after Real their big 2 – 0 win over Real Madrid on Tuesday night. Among many interesting quotes where he spoke about tactics, Castro also answered a question we asked him about Real Madrid’s struggles this season against defensive teams, and if that affected his game plan:

“Against teams that play with an average block or lower, they do have certain difficulties”, Castro said. “We let their wingers get the ball but closed the central spaces.”

Castro also answered a question about Cristiano Ronaldo, and whether or not his team’s tactics would’ve changed if Ronaldo was still around.

“When we prepare for any match with any opponent, we analyze each player individually,” Castro said. “Our footballers, even before installation, a few days before the match, have access to video with the actions of both the opponent in general and certain performers. Then we move on to viewing the command dynamics – attack, defense, transitions. And then, of course, there is a motivational component, but it already happens almost before the match itself. We are preparing in this way for absolutely all matches of the championship, the Ukrainian Cup or the Champions League. This professionalism is always with us. We do not divide matches into more important and less important ones, but we approach each opponent with great professionalism and respect.”