India-Australia series will be broadcast live on AIR 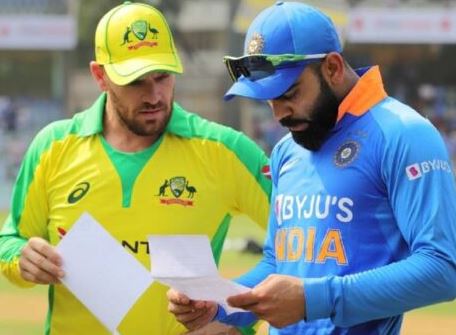 The three-ODI, three T20 and four Test matches series between India and Australia will be telecast live on AIR. India’s tour of Australia is starting from the first ODI in Sydney on 27 November. This is India’s first bilateral series during the Corona period. The first match of the three-match ODI series between the two teams is to be played in Sydney on Friday.

According to a release issued here on Thursday, three ODIs and three T20 matches will be broadcast on AIR’s FM Rainbow Network, 66 Medium Wave Primary Channel, 86 FM Local Radio Station and DRM Channel. Apart from this, it will also be broadcast on Prasar Bharati Sports YouTube channel.

The four-Test series, which begins on December 17, will also be aired on AIR’s FM Rainbow Network, DRM channel, 13 additional FM relay transmitters and Prasar Bharati sports YouTube channel. AIR wants to reach the maximum audience in the country through radio commentary on more than 200 channels and stations in India. Over 70 lakh people heard the commentary on the radio during last year’s ICC World Cup matches. The best radio commentators will commentary during the India and Australia series.