100 people will be able to attend wedding ceremony in UP, band and DJ will be banned 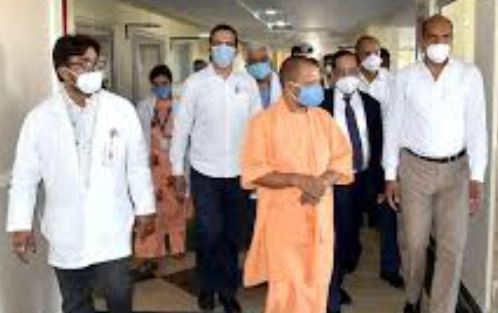 In view of the increasing cases of corona in Uttar Pradesh, the government has decided to again increase the limit of 100 people who attend wedding and other social functions.

According to the guidelines, if the marriage house has a capacity of 100, then only 50 people will be involved in the program to be held there. Violation of this new rule will be prosecuted. The elderly, the sick will not be invited to the wedding. Violation of the Kovid Protocol will take action under Sections 144 and 188. However, the matter of relief is that if there is a marriage at home, then no permission will have to be obtained from the district administration. But information about the wedding ceremony will have to be given in the concerned police station.

The new rules regarding the limited number of people in the wedding ceremony were initially implemented in Noida-Ghaziabad. The Chief Secretary has asked to review it and implement it. It will be strictly implemented after the meeting in important districts.

In Lucknow district too, the District Magistrate will hold a review meeting to implement the new guideline. Due to increasing infection cases in Delhi adjoining Noida-Ghaziabad, this rule has already been implemented. It has been said that wherever the situation is serious in the state, these rules can be implemented.