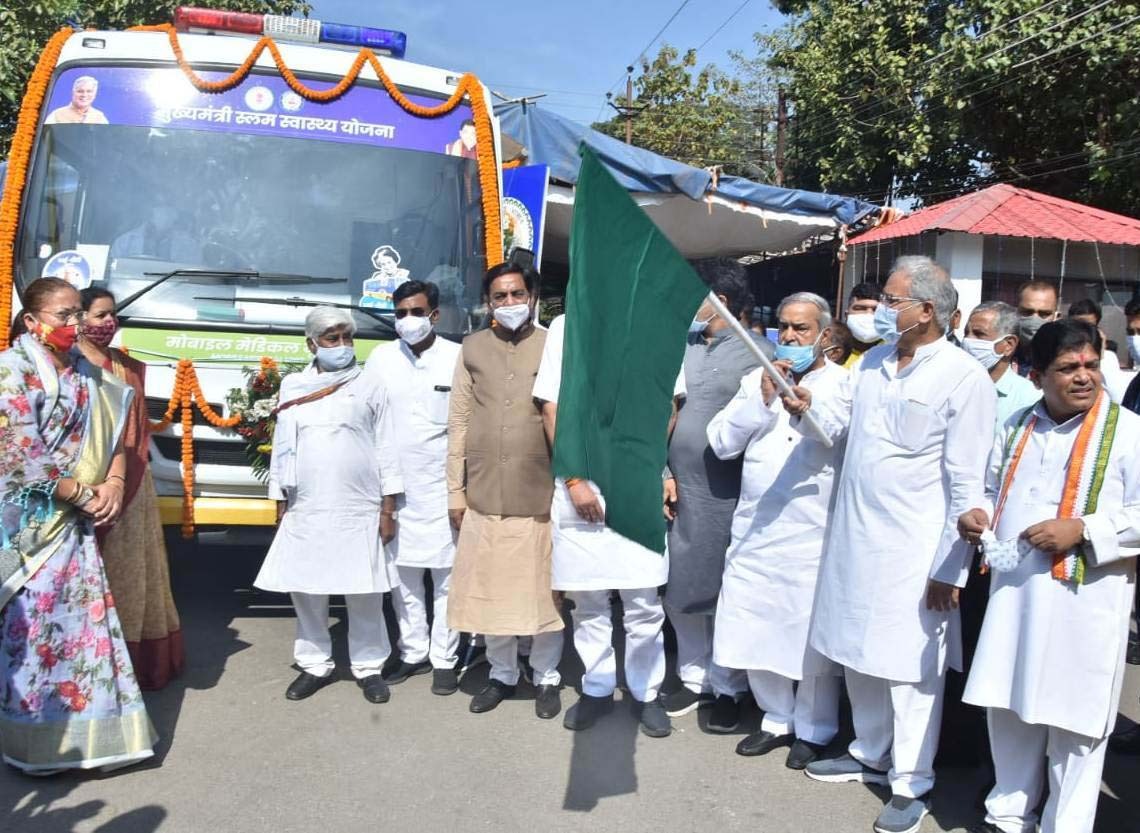 Chief Minister Mr. Bhupesh Baghel today launched Dai-Didi Clinic, a clinic for women, on the birthday of former Prime Minister late Smt. Indira Gandhi. The Chief Minister flagged off 03 special mobile Dai-Didi clinics for his Raipur, Durg-Bhilai and Bilaspur Municipal Corporation areas as a pilot project. The Chief Minister also visited the facilities available inside the mobile clinic and got his blood pressure checked. In this Dai-Didi Special Clinic, all medical staff including doctors will be women and only women will be treated free of cost.

On this occasion, Chief Minister Mr. Bhupesh Baghel said that the Dai-Didi Clinic is the first of its kind in the country, which will treat only women. Currently it has been started as a pilot project under the Chief Minister Urban Slum Health Scheme in Raipur, Durg-Bhilai and Bilaspur Corporation areas and will be further expanded. The Chief Minister said that due to inhibitions, women are not able to tell their illness openly. Due to this, the treatment of his disease is not possible. Now, having female doctors and female staff in Dai-Didi clinics, they will be able to get their treatment properly. In this, women will get free treatment. They will not have to go to hospitals. The Chief Minister has appealed to women to take maximum benefit of this clinic.