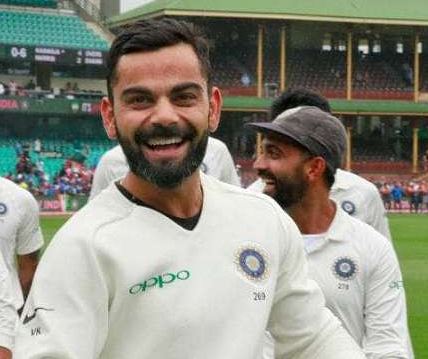 “Of course it will have an impact,” Australia coach Justin Langer said when asked about Virat Kohli returning home after the first Test in Australia later this year for the birth of his first child. Using an Aussie Rules Football parallel, Langer likened Kohli’s absence to “taking Dustin Martin out of Richmond”, but stressed that even without their captain, India “are a very, very good team” and “we have to be on our toes all summer”.

“Are we happy he is not playing? It’s like taking (AFL star) Dustin Martin out of Richmond,” Langer said with a laugh at a press interaction earlier today. “Of course it will have an impact, but we also know that India beat us last time (in 2018-19). They are a very, very good team. We cannot get complacent for a second with or without Virat.

“So we are going to have to be on our toes all summer, and we’re looking forward to that.”

Kohli and his wife Anushka Sharma are expecting their first child around the turn of the year, and Kohli has asked for – and been granted – paternity leave. The tour will start with three ODIs, followed by three T20Is, with the four-Test Border-Gavaskar Trophy played at the end. In a media statement earlier this week, the BCCI confirmed Kohli’s return after the first Test, which will be India’s first day-night Test overseas, but did not specify whether Kohli would rejoin the Indian Test squad at a later stage, though any return would have to negotiate strict quarantine protocols, adding to the time that he would not be available.

As far as Langer was concerned, though, taking time off for “one of the great things you will ever do” was worth the sacrifice on Kohli’s part.

“Virat Kohli is probably the best player I have ever seen in my life for so many reasons, not only his batting but his energy and passion for the game, the way he fields. I cannot believe he displays the energy he does in everything he does, and I’ve got so much respect for him,” Langer said. “I’ve also got respect for him in the sense that he’s made this decision (to take paternity leave).

“He’s a human being like all of us. It’s the same with Kane Richardson. He sacrificed the IPL so that he could be at the birth of his son a couple of days ago. So if I was giving advice to any of my players, I would always say never ever miss the birth of your children, because it is one of the great things you will ever do. Virat’s a human being, and I respect his decision.”

The Indian contingent – without Rohit Sharma and Ishant Sharma, who are both carrying injuries – reached Sydney from the UAE on Thursday, and have gone into two weeks’ quarantine straightaway.