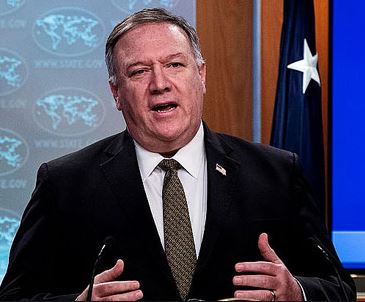 The United States has approved arms deals worth more than 1 lakh 73 thousand crores to the United Arab Emirates. Through this deal, the US will sell its state-of-the-art stealth combat aircraft F-35 and MQ-9 Reaper drones to the UAE.

The UAE had been wanting to purchase the F-35 stealth fighter aircraft of the US for the past several years, but the deal was delayed due to Israeli objections. A few months ago, the UAE signed a peace deal with Israel. Recently the UAE, Bahrain and Sudan have signed agreements with Israel.

Pompeo said that the UAE is under threat from Iran, so we are strengthening it by giving it weapons. He said the deal recognizes our deepening ties and the need for enhanced defense capabilities to protect the UAE against threats from Iran. Trump wants all pending agreements to be finalized within his remaining term.