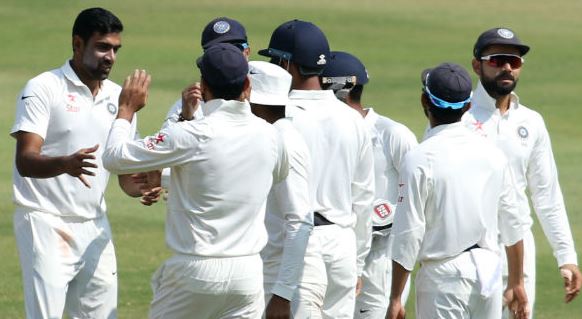 27,000 spectators will be allowed to watch the match in the first day night Test against India at the Adelaide Cricket Stadium in Australia. Cricket Australia confirmed this report on Tuesday. This number of spectators is 50 percent of the total capacity of the stadium. Due to the corona virus epidemic, cricket matches are currently being played in an empty stadium in a bio-bubble environment. Some spectators will be present on this day night Test between India and Australia, starting on 17 December.

India will play three ODIs, three T20s and four Test matches during the Australia tour. The first ODI in Sydney will be held on 27 November while the Test series will start in Adelaide from 17 December. According to a report, 27,000 tickets are available for each day of the first day-night test. Indian captain Virat Kohli will return home after playing in the first Test. The BCCI has given Virat permission for this. Virat’s wife Anushka Sharma will give birth to her first child in the new year and that is why Virat will return home.

This will be the first pink ball test between India and Australia. Australia has hosted four day-night Test matches in Adelaide while India played their only day night Test against Bangladesh at the Eden Gardens in Kolkata last year. The Boxing Day Test will be played at the Melbourne Cricket Ground from 26 to 30 December. The government has allowed 25 per cent of the total capacity of the stadium to watch the match. 30,000 spectators will be allowed to attend the fourth Test in Brisbane, which is 75 per cent of the total capacity. For every day of the Boxing Day Test, the government has allowed 25,000 spectators to watch the matches.