There will be competition for Purple Cap between Rabada and Bumrah 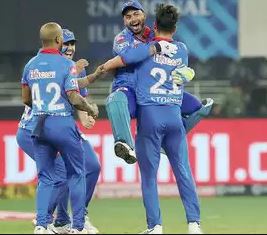 Delhi Capitals fast bowler Kagiso Rabada and Mumbai Indians pacer Jasprit Bumrah will clash for the purple cap for the most wickets in the IPL title match on Tuesday. Rabada leads the IPL-13 with 29 wickets while Bumrah is in second place with 27 wickets. The performance of both the fast bowlers in the final will decide their teams to be the winner.

Rabada had taken four wickets against Sunrisers Hyderabad and in one jolt he overtook Bumrah, Rajasthan Royals ‘James Faulkner and Mumbai Indians’ Lasith Malinga to reach the second highest in IPL history in terms of wickets in a season. However, the final will decide which of the purple cap Bumrah and Rabada get the most wickets in the season of IPL 13.