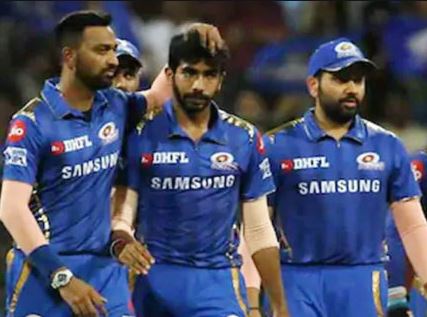 In the 51st match of IPL 2020, Mumbai Indians defeated Delhi Capitals by 9 wickets. This is Mumbai’s 9th win in this season. At the same time, with this defeat, the road to play-off has become difficult for Delhi Capitals.

After playing first in this match, Delhi Capitals scored 110 runs in 9 overs in 20 overs. In response, Mumbai Indians chased down the target easily, losing one wicket in 14.2 overs. Ishan Kishan, the opener for Mumbai, played the match-winning innings. He scored an unbeaten 72 from 47 balls.

Earlier, Delhi Capitals started off to bat first after losing the toss and it was a bad start. Shikhar Dhawan, running in excellent form, returned to the pavilion without opening the account in the first over. After this, on the score of 15 runs in the third over, Prithvi Shaw also went on to score 10 runs in 11 balls. After two wickets fell for 15 runs, captain Shreyas Iyer and Rishabh Pant started playing well. Both added 35 runs for the third wicket. But on the score of 50 runs, Iyer also got out after scoring 25 runs. After this, the entire team of Delhi was shattered like cards.

After Iyer’s dismissal, Marcus Stoinis 02, Shimran Hetmyer 11 and Harshal Patel 05 also returned to the pavilion. At the same time, Pant could score only 21 runs in 24 balls. In the end, Ashwin scored 12 in 9 balls and Kagiro Rabada scored 12 runs in seven balls, bringing the team score to 100.

After this, Mumbai got off to a brilliant start by Quinton Dickock and Ishan Kishan, chasing down the target of 111 runs from Delhi. Both of them added 68 runs in 10.2 overs for the first wicket. Dickock was dismissed for 26 from 28 balls. He was sent to the pavilion by Enrique Nortje. At the same time, Ishan Kishan scored an unbeaten 72 from 47 balls. During this, he hit eight fours and three sixes. Apart from this, Suryakumar Yadav returned unbeaten after scoring 12 runs in 11 balls.