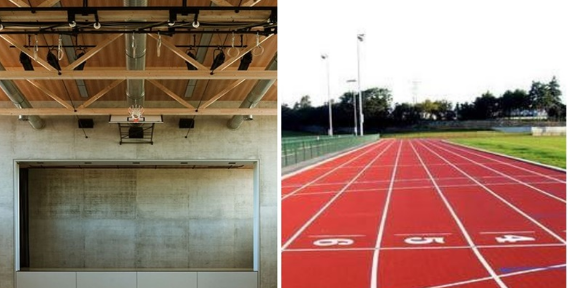 The state government’s efforts to develop sports infrastructure in Chhattisgarh have been another major success. Another new chapter has been added in the development of sports infrastructure in the state of Chhattisgarh. On the special initiative of Chief Minister Bhupesh Baghel, the Union Ministry of Youth Welfare and Sports has approved the proposal of the state government for construction of Multipurpose Indoor Hall at Ambikapur and Synthetic Athletic Track at Mahasamund under the Khelo India Scheme. Both these proposals were sent by the Directorate General of Sports and Youth Welfare, Government of Chhattisgarh to the Central Government.

On October 17 this month, the Union Sports Ministry has approved to start the Residential Hockey Academy of the Sports Authority of India (Sai) in Raipur and the Athletics Excellence Center at Bahtarai in Bilaspur. With this, Chief Minister Baghel’s vision of Khelbo-Jeetbo-Garhbo Nava Chhattisgarh seems to be coming true. Officials said that with the special efforts of Chief Minister Baghel and Sports Minister Umesh Patel, the Government of India issued administrative approval of Rs 40 crore for construction of Multipurpose Indoor Hall in Ambikapur and Rs 6 crore 60 lakh for construction of synthetic athletic trek in Mahasamund. Done.

Chief Minister and Sports Minister expressed happiness on this and congratulated the sportspersons and officials and employees of the Sports Department. Chief Minister Baghel said that the state government is constantly taking big steps to provide better facilities to the players of the state. Sports infrastructure is being constructed for the players of Chhattisgarh according to international standards.