Economy of Delhi bowlers less than 8 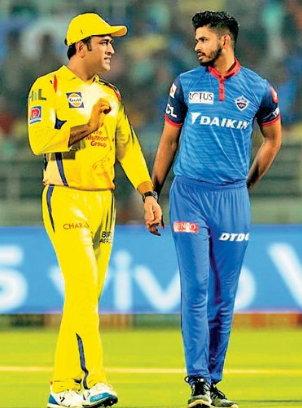 After 40 matches in the IPL, Delhi Capitals are first in the points table and Chennai Super Kings are in the last place. No one expected 8-time finalist Chennai to have such a position before the tournament started. Delhi is commanded by 26-year-old Shreyas Iyer. Iyer himself is at number 6 in terms of scoring the most runs in the tournament by scoring 335 runs in 10 matches.

In bowling, 25-year-old Kagiso Rabada has taken the highest 21 wickets in 10 matches. Talking about the three leading bowlers of the team, all three have given runs with an economy of less than 8. All three are under 30 years of age. At the same time, two out of three major bowlers of Chennai are over 30 and their economy is also more than 9. Dhawan, Hetmyer, Stoinis and Prithvi Shaw have scored more than 140 strike rates for the team. In the playing XI, only Shardul (29), Deepak Chahar (28), Karan (22) are under 30 years of age. The team also has a shortage of fast bowlers who can bowl at a speed of 140 kmph. Chennai has none of the top-10 bowlers taking the most wickets. So far only Faf du Plessis has a better strike rate than 140 among the leading batsmen.