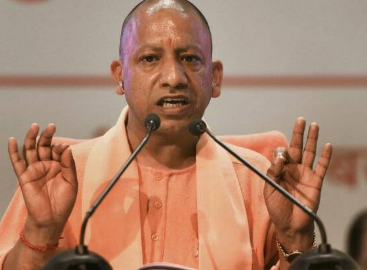 Uttar Pradesh Chief Minister Yogi Adityanath on Tuesday (October 21) inaugurated projects worth Rs 1,000 crore in Lucknow, including the OPD complex of Super Speciality Cancer Institute and Hospital in Lucknow, which is being developed in collaboration with Tata Memorial Cancer Institute of Mumbai, and two flyovers.

Speaking at the event held online, Adityanath said 54 beds are being made operational at present at the cancer institute, but once fully completed, the hospital will have 1,250 beds, making it the “biggest dedicated facility for cancer treatment in the country”. The CM said in the first phase of the Rs 800-crore project, 750 beds will be made operational. He also laid the foundation for a residential block of the hospital. The newly inaugurated OPD block has radiation and daycare services, including one operation theatre, linear accelerator, CT scan and 54-bed facility, officials said.Notably, the foundation stones of the project were laid by former CM Akhilesh Yadav in 2016. A temporary OPD was also started the same year with the help of the King George’s Medical University of Lucknow. In November 2018 after Adityanath became CM, an MoU was signed with Tata Memorial Center of Mumbai for setting up the cancer institute.